SOME MORE REASONS why you should be happy that Trump is cutting $1.3 billion in financial aid to Pakistan 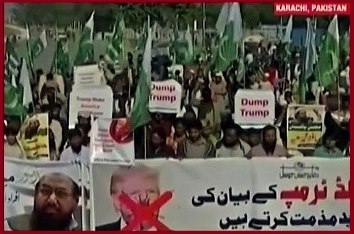 For far too long, America’s enemies have shown their appreciation by abusing and working against U. S. interests and that of their neighbors while at the same time taking in billions of U.S. dollars courtesy of the failed policies of previous administrations.

Enter President Donald J. Trump who has pulled back the military aid to Pakistan and how does this terrorist state respond?  As expected.

“The United States has foolishly given Pakistan more than $33 billion dollars in aid over the last 15 years, and they have given us nothing but lies & deceit,” Trump tweeted on January 1. “They give safe haven to the terrorists we hunt in Afghanistan, with little help. No more!”

It quickly became clear that Trump’s tweet was more than an idle threat. On Thursday the State Department announced that the US was freezing most military aid to Pakistan. The administration…